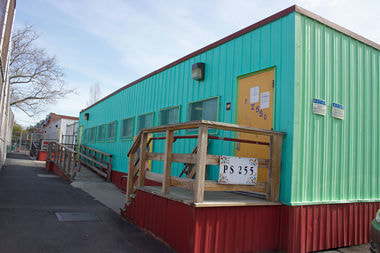 During my junior year, I participated in an after school program at the special education school P225 located at P.S. 151. I volunteered there over the course of four months, three times a week for two hours. One of the best parts about working at P225 was just how rewarding it truly was. I worked with really small groups of children, which I appreciated because it allowed me to gain a more personal experience. In this program, I participated in helping the children with their homework and also reading to them. In addition, I aided them in their arts and crafts workshops which sometimes included drawing, painting, constructing, etc. I remember one day I was working with one of my students, John, when he was solving a jigsaw puzzle. John is a four year old autistic boy. Despite this, he had  profound talents in creative problem solving. Within a spam of an hour, he had managed to connect a 100 piece puzzle-- an act I could not perform if I was given a couple of hours! In addition to academia and arts, I aided the children in learning how to perform basic tasks such as properly going and using the bathroom, putting their jacket on, and eating. In addition, I coordinated art nights where I helped students paint and play their instruments, in preparation of their annual art night. Sometimes, though, I became frustrated when the students would not understand what to do after numerous instruction. However, over my course in the school, I came to realize how truly difficult and sometimes even daunting, these tasks were in their perspective. The best feeling was when they finally achieved their goal and the joy illuminated from their faces. These were some of my most proud moments. In addition to the students, I extremely appreciated the faculty and how they worked to train me. I, sometimes, also helped them with their electronic problems such as fixing the monitor, the laptops and the tablets while the kids were on break. It was also convenient for me to go there after school ended and return home, as I live only 5 minutes away. This was an experience that taught me so much about patience and gratitude and I would definitely do it again. Taking a look back, I have gained a newfound passion of working with special-ed children and witnessing all of their talents. ​​

Ever since I started attending BSGE, I have worked during parent teacher conferences, mostly during the half days for four hours, twice a year. One thing I enjoy about working this event is being able to chose the teacher which I will keep the time for as well as my partner. Usually, I will pick a teacher I have that year which allows me to talk to the parents of my peers while they are waiting outside. During PTC, my partner and I keep a time for three minutes for the assigned teacher and give them a heads up when two minutes have passed. After the time is up, we knock on the door to let them know. The worst part about doing this job is when the teacher is in with the parent after their designated time which will set the entire schedule back and cause other parents to get frustrated. I do, however, enjoy talking to my friends and their parents about the curriculum and letting them know how this year is going. I also enjoy giving the younger kids some advice for their classes and the teachers they have, as I had the same experience as them, just a few years prior. The day goes by fairly fast and it is rewarding at the end of the night. I would and am doing this again, and it is rewarding to know I have participated in this specific event for my entire duration at BSGE. ​

During yearbook, a group of seniors along with two supervisors, come up with ideas and designs for the graduating class' yearbook. After school, once a week, we work to come up with plans for the pages, sections, cover and back. We use an online program called jostens to design and format how the actual pages will look like. Every week, we discuss our ideas with the groups to come to a mutual understanding of what is going to happen. Recently, spirit week took place and members from yearbook took pictures of the different events on every single day. One of my peers and I photographed the students in the schools from all grades on Meme Monday, Terror Tuesday, Color War Wednesday, Throwback Thursday and Fall Asleep Friday. This was an extremely successful event and it allowed the yearbook to be inclusive to everybody in the school. One of the pages I have been working on for the past few weeks is the potluck. During the event, the students of the senior class held a potluck for the faculty, in an effort to show our appreciation towards them. This too, turned out to be a great event allowing students to be united and do something nice for everybody in our school that do so  much for us. During the actual day, I helped photograph pictures of those who attended as these were going to be placed in the yearbook. Thereafter, I uploaded the pictures to image library. I created a template for the page and then my peers and I worked together to choose the photos which would actually go in the page. After completing this task, I came up with headings and captions which captured the descriptions of what was depicted. The last step was getting the page approved by the supervisor and the other members of yearbook. Completing this page has been frustrating at times but ultimately rewarding after the work was completed successfully. I look forward to designing other spreads. 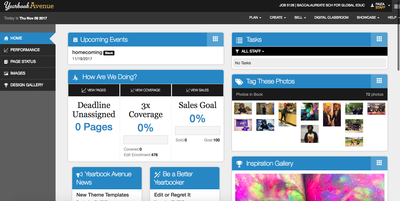 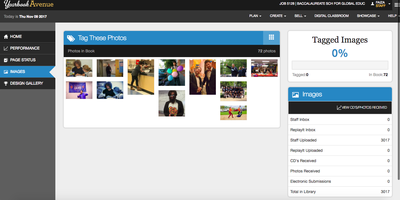 In this committee, my peers and I work together to raise funds for prom. Our goal is to lessen the amount of money asked from seniors and their families. We understand that not everybody in the grade has the means to fund these privileged occasions and it is not fair that they be exempt from just because they simply cannot afford. This club is very creative in the sense that we are constantly coming up with new ways to raise money including having a Gofundme page, hosting events at school, having bake sales and raffles. To communicate, our group has a chat where we all share our ideas and come up with news ways to meet our goal. In addition to raising money, we plan out our actual prom, from hiring photographers, to DJs, and the people who will cater our food. For this, specific people are assigned to certain tasks and the entire class is consulted before any major decision is made.
We hold senior council meetings that meet every week after school on Monday for an hour. During these gatherings, the senior class and Virge discuss ways to raise money and the different methods we will employ to continue our work with organizations like the annual toy drive. We have hosted multiple bake sales and a dance called Blackout to add to our funds. During the past few meetings, we have been talking about our senior trip and the potential places we will go and how much it would generally cost.
​

​This club initiated last year and meets every Friday. My peers and I participate in tournaments which go towards raising money for a CAS project. The entire school is invited to play dodgeball which serves as a outlet for physical activity, especially for those who do not play traditional sports. I specifically enjoy attending games for dodgeball because I am not great at sports and I do not feel the pressure when playing this every week. It also serves as a great opportunity to relieve stress and I greatly appreciate that it is at the end of every week. I enjoy interacting in an event that incorporates multiple grades as it allows me to take full advantage of our small school setting. Over the past year, my friends and I have made an attempt to attend the dodgeball games every Friday and evidently from this year, this goal is proving to be met. Through this club, I have met a lot of the underclassmen in a setting outside of just academia. It is really fun seeing all the students get excited about playing each other, especially when we verse each other by grade. I believe that the improvement in attendance is due to the fact that dodgeball incorporates a very light hearted atmosphere where people do not have been worried about playing their best while still preserving the aspect of having a team. 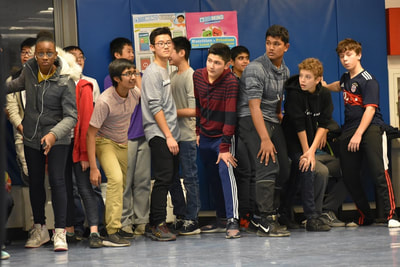 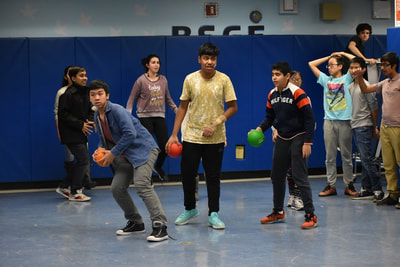 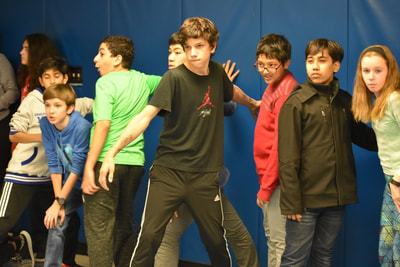 I have participated in the Bangladeshi American Advocacy Group (BAAG) since junior year. This organization strives to educate people of their rights and encourages the community to be active in their political roles and to advocate for changes they desire out of their legislators. During the weekly meetings, we discuss current bills that are in Congress, that refer to minority groups such as Muslims and immigrants. Every year, we go to the State Capitol building in Albany, NY to lobby for bills to get them to be passed through the House of Representatives and the Senate.  This year, some of these bills included the religious garb bill, the DREAM act, Eid-holiday for CUNY and SUNY, and halal-food in the NYC public education system.
I have been appointed as a youth leader in some of the events hosted by BAAG. Many of these events include a sports days for children which consists of spending the day outside playing basketball, soccer, as well a trivia nights. By engaging the youth and bringing them to lobby in Albany, it portrays the severity of the issues brought up. It is definitely something I am very passionate about and I throughly enjoy experiencing this day with such a diverse group of people, ranging from kids in middle school to grandparents.
BAAG also hosts numerous charity events in soup kitchens and local parks to further their connection to the community. In addition, they invite religious leaders of a multitude of faiths during an interfaith night to promote peace and awareness throughout the community. In addition, I have participated with BAAG in distributing school supplies and backpacks to multiple neighborhoods throughout Queens and Brooklyn before the new school year started. ​

Prior to getting an actual membership to Lucille Roberts in October, I have visited and worked out there on multiple occasions, as a guest. I instantly loved this branch of the gym as it is a five minute walk from my school and two subway stops home. The aspect of participating in a women's gym provided me with great comfort and ease. I am not a naturally athletic person but this gym has tremendously motivated and welcomed me since I became a member. Each time I go, I usually stay for an average of an hour. I do cardio for half the time and then I will usually go upstairs to wear the other exercise machines are. I have even participated in some of their classes in the basement, including the zumba class. I thorough enjoy going to this gym as it constantly motivates me in such a welcoming and comforting environment.